Almost every newly expectant mom approaches pregnancy positively. When I found out I was pregnant, I jumped on Google and read “What to Expect When You’re Expecting”. I didn’t give anything I read much thought because I was sure my pregnancy would be a breeze. I was never the type to get sick. I was invincible. My sister’s pregnancy seemed to be easy as she never complained and my mom’s two pregnancies seemed even easier by the lack of stories she had in terms of aches and pains. I had the typical “It’ll never happen to me” mindset. I was going to be a pregnancy unicorn! I wouldn’t even remember I was pregnant half the time!

I experienced and continue to experience  all of the pregnancy ailments I didn’t think I’d get. All of those pains I read about and scoffed at…well, they had it out for me. 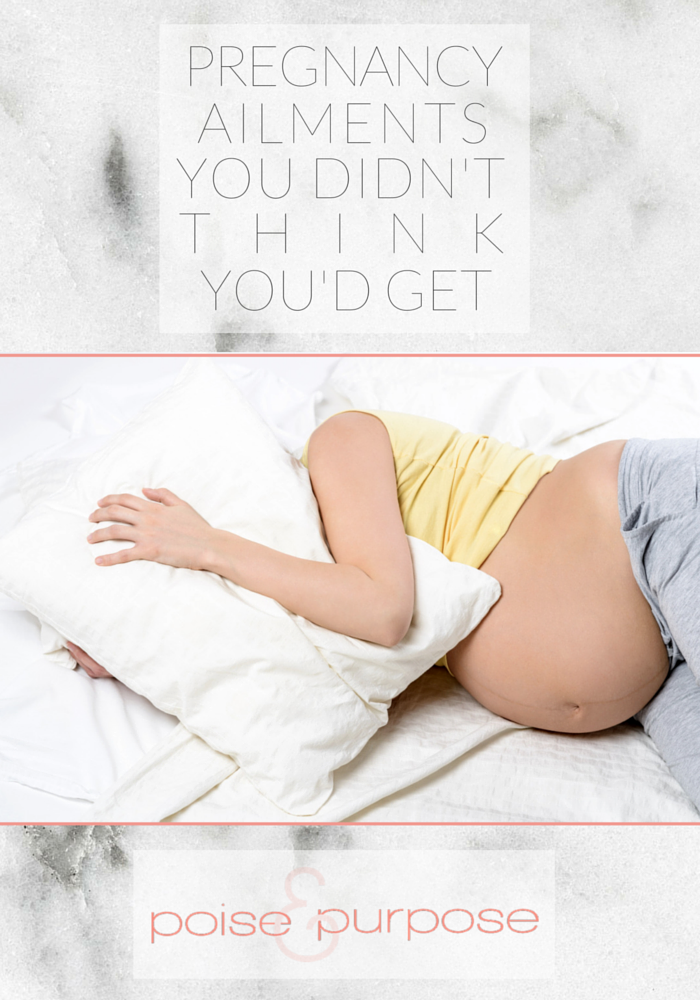 This was the first sign that my eggo was preggo. As I walked, I could feel the soreness. It was a strange feeling and one I hadn’t had much in my life besides two days after an intense chest workout (let’s be real, those were few and far between. I was more of a cycling girl in the months leading up to my pregnancy). I knew something was up when the hubs went in for the kill and I ow’d him away. Then they got swollen and were double the size of my little B cups. My shirts started to fit weirdly and things I once could pull off, I could no longer wear. The swollen soreness still lasts me to this day although it is much more mild than it was in the beginning. Oh, and don’t be afraid if it’s accompanied with pepperoni nipples. I’ve been reassured they’ll go back to normal someday.

Morning Sickness (Or How Am I Supposed To Function? Sickness)

Many people claim Kate Middleton made morning sickness famous again. After going through it, I can’t even believe it is a thing people forgot about. I read the stories of her severe hyperemesis gravidarum and thought, “Oh, poo. She’s being so weak. How does a little vomit hurt anyone?” I didn’t think I’d be affected by it as my body had been nice to me throughout the beginning. And then I hit the 8th week and I could barely even function. While I rarely vomited, the nausea was enough to knock me off of my feet. It was practically debilitating. My doctor diagnosed me with mild Hyperemesis Gravidarum and gave me a prescription to help aid the nausea. It was well needed because I just started a new job where I couldn’t work from home anymore. I swear when I took the first dose, it felt like the clouds parted and the sun was shining again. I was devoted to that medicine until about 19 weeks when the nausea finally subsided. Now my feelings about Kate Middleton have changed. She’s a warrior for going through it.

At first, this one completely freaked me out. It wasn’t something I expected so soon into my pregnancy. Being as well educated about the woman body as I am (hello, sarcasm) I thought leaky boobs would happen after you had the baby and it was time for breastfeeding. Uhhh, nope. Those babies start to leak much earlier than that. For me it began around the time my morning sickness went away. My arm grazed my shirt and felt wet. I looked down and thought I dropped some water even though it was suspiciously close to my nip. I shrugged it off until it happened to the other side less than 5 minutes later. Yup, leaky boobs. How I solved it? There’s literally no way, but to just be prepared for it to happen by using breast pads in your bra. It’ll save you the hassle of ruined, stained shirts.

The Poop Struggle is Real

During my time of mild Hyperemesis Gravidarum, I developed a real life struggle: pooping. It was a struggle I knew before pregnancy in my teens and one I thought I left long behind when I was finally normalizing in my early adulthood. Alas, it came back to bite me in the butt. I thought it was a side effect of the medicine for the morning sickness, but it’s been weeks since I took my last dose and I still have a hard time feeling empty if you know what I mean. Pretty sure I won’t feel any sense of relief until this baby gets evicted. The poops on that day will be glorious and something I look forward to.

Back, Hip, And Everywhere Else Pain

It is probably common sense to most folks that added weight to one’s body can open the door for aches and pains. It was not common sense to me as I’ve always been on the more slender side of the weight spectrum and was naive coming into pregnancy as my previous ailments show. So far, I have gained about 12 pounds with my pregnancy and I have certainly felt every pound. Walking for too long hurts. Sitting for too long hurts. Laying for too long hurts. I toss and turn every night because the hip pain wakes me up. My feet hurt and my wrists hurt. E-v-e-r-y-t-h-i-n-g hurts. I’ve managed pretty well so far by investing in a Snoogle aka the best invention to ever exist and also a very expensive dog bed, by making sure I stretch when I feel the aches coming on, and by just putting it out of my mind as much as possible. The only real cure to make all the pains disappear is birth and until then, you just have to make the most out of it and keep on keepin’ on.

This is a recent ailment for me as I prided myself for the first few months with how together and sharp I was. Then I started to mispronounce easy words like cache (which my boss found hilarious because I work for a tech company and hello, I should know that), I left the veggies on the stove and walked away, and most recently, I put Nesquik powder into the fridge. Ever since the first sighting of pregnancy brain, I have started keeping notebooks. Yes, plural, because I forget where I put them all the time only to rediscover them a week later. I religiously tell Siri to remind me to pick up coffee filters. I started using Trello to keep track of projects and items to-do for work and personal. I will say that pregnancy has made me more organized in that sense, but it’s because my brain cells seem to have been transferred to my baby. At least she’ll be smart.

At this very moment it takes the strength of Thor to remove my engagement and wedding band. When I get home from work, I have to take off my rings before eating dinner otherwise they’re stuck for the night until the morning time comes when the swelling has gone down just enough for me to remove them. This isn’t as much painful as it is annoying. Sometimes, I’ll even wear my rings on a necklace. In addition to that, my feet no longer fit in my shoes. I’m reduced to either my open sandals or buying new shoes. If I wear heels, my feet swell up and look like gloves that you rebelliously blow air into at the doctor’s office while you wait. The more I keep hydrated, the less swelling I have at the end of the day so I always make sure to drink as much water as I can even if it means the toilet is now my best friend.

This is for those times we just can’t make it to the toilet because A. We’re laughing too hard or B. The back pain slows you down as you attempt to get up from the numbed position on the couch. As an adult, I have never peed myself. Ok maybe once, but I was impaired and we all get that free pass. Seriously, bladder control during pregnancy is pretty much on that level. It’s uncontrollable. My best suggestion is to wear a liner because peeing yourself is not the only strange thing coming from that part of town anyway.

What are your experiences with pregnancy ailments? Let me know in the comments below! 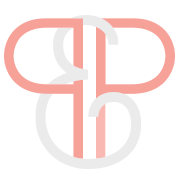 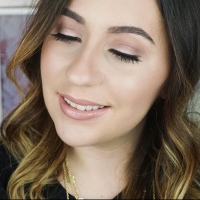 Sofia is a twenty-something, soon-to-be mom whose obsessions include: fashion, beauty, and wandering around stores aimlessly in admiration of the things she probably shouldn't buy. When she's not spending time with her hubby and her pooch, you can find her filming for her YouTube Channel, writing for Poise and Purpose or her own blog, Seek Your Chic, or wasting too much time watching every Real Housewives franchise. 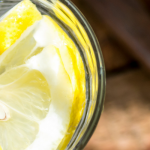 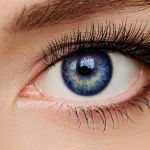 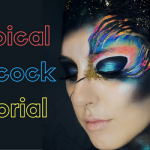 Subscribe to receive beauty, fashion, & wellness information right to your inbox.
Your information will *never* be shared or sold to a 3rd party.
34 shares